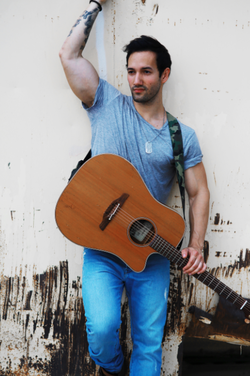 Mel Martinez is a singer/songwriter from Orlando FL. He was born in Dallas TX and raised in Cancun Mexico. His musical aspirations began around the age of nine singing and writing lyrics. He is no stranger to performing, as he performed for the first time as a solo act with a band playing behind him at the age of eleven in front of a crowd of 600 people in a hotel in Cancun and other hotels while only in elementary school. In order to pursue his music career, Mel and his parents moved to Orlando Florida from Cancun. Soon afterwards Mel's parents gave him his first guitar. By the age of 17 he was successfully recording his songs at home managing to attract and reach over 40,000 people on myspace where he started releasing his DEMOS. Mel has already opened for bands such as Sherwood (Myspace Records), Hot Chelle Rae (Jive Records), The Morning Of (LAB Records), Sparks The Rescue (Fearless Records) and many other shows he has opened and headlined.

Mel has also performed at many venues throughout Florida, and already planning national tours for later this year.
Throughout high school he played and wrote numerous songs, especially in band class and choir in small soundproof rooms. His musical influences range from John Mayer, Dashboard Confessional Blink 182, Ryan Cabrera, to The Beatles and John Lennon. In the later part of 2008 Mel recorded his first debut E.P. "The Door Is Open" at Big Shot Studios in Orlando which was released worldwide digitally in 2009. Mel continues to be open to new ideas and thus continues to write new songs on a daily basis.